Jason Haaheim (pronounced HAW-heim) was appointed a Principal Timpanist of the Metropolitan Opera Orchestra in 2013. In addition to performances at New York’s Lincoln Center and Carnegie Hall, Mr. Haaheim can be seen and heard performing with the MET Orchestra on television, international radio, and Live in HD movie theater broadcasts. Mr. Haaheim is on faculty at the Bard Conservatory of Music. A sought-after clinician, Mr. Haaheim gives masterclasses both nationally and internationally, and is the founder of the Northland Timpani Summit, the Deliberate Practice Bootcamp, and the Artful Timpani Auditioning seminar. He is also a frequent coach for The Orchestra Now (TON), the Carnegie Hall National Youth Orchestra (NYO), and the New York Youth Symphony (NYYS).

Active in many musical areas, Mr. Haaheim has also performed extensively as a chamber musician and jazz drummer. He collaborated with Yo-Yo Ma in a Civic Orchestra / Silk Road Ensemble performance, and recorded the premiere of Augusta Read Thomas’s “Terpsichore’s Dream” with members of the Chicago Symphony. Mr. Haaheim has performed with Chicago’s ensemble dal niente, and premiered Ryosuke Yagi’s “Mirrors…for timpani” with the UCSB Ensemble of Contemporary Music. Other projects have included drumming for the jazz-fusion quartet “The J3 Intent” and the alt-country band “The Lost Cartographers.” At Gustavus, Mr. Haaheim was selected for the honors recital and won first place in the orchestra’s concerto competition. Extra-musical interests include backpacking and hiking, rock climbing, and both downhill and cross-country skiing. 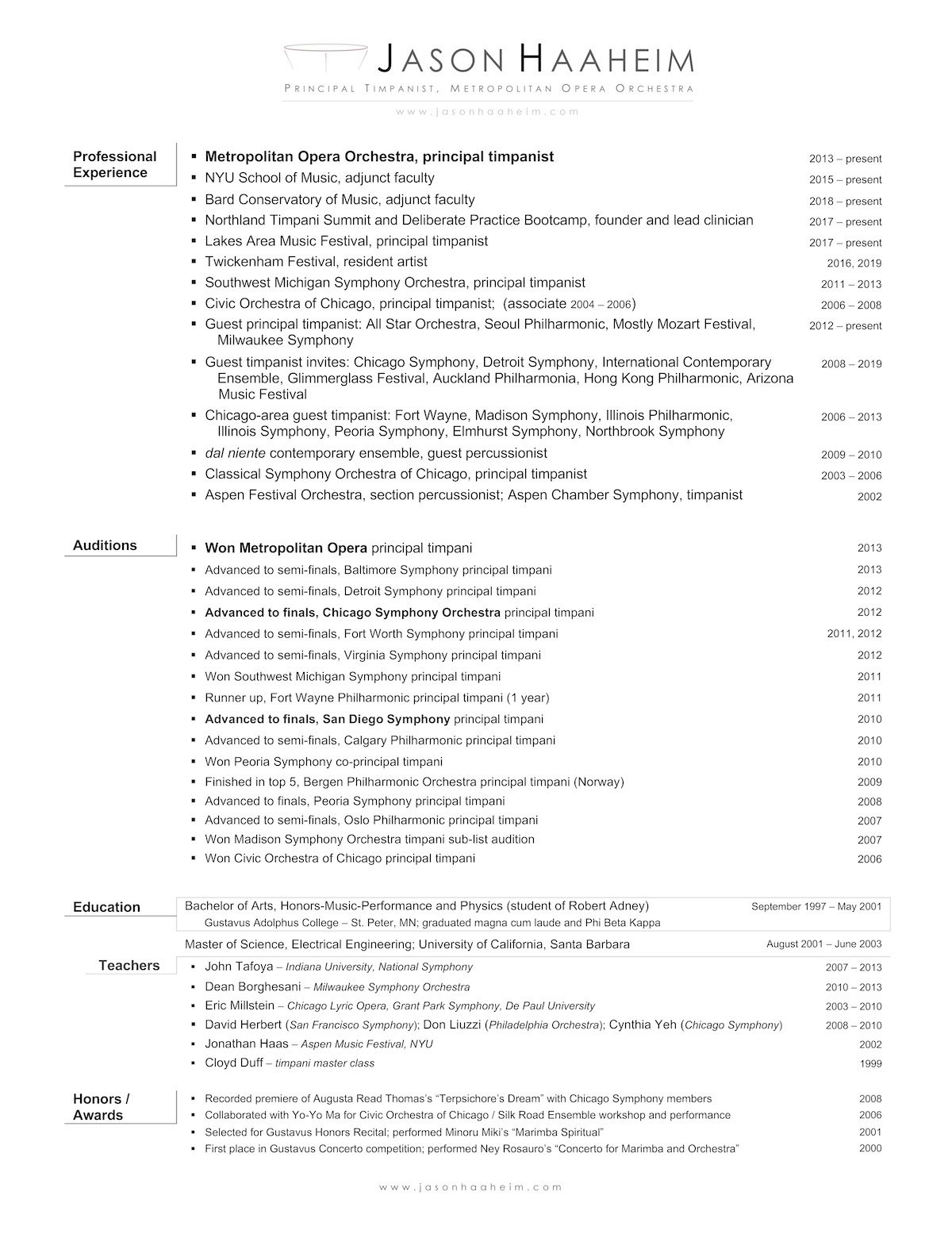 But perhaps most importantly, Mr. Haaheim is fairly certain he holds the world record for creating the smallest ever portrait of Homer Simpson.

Excerpts from Recordings with the MET Orchestra: