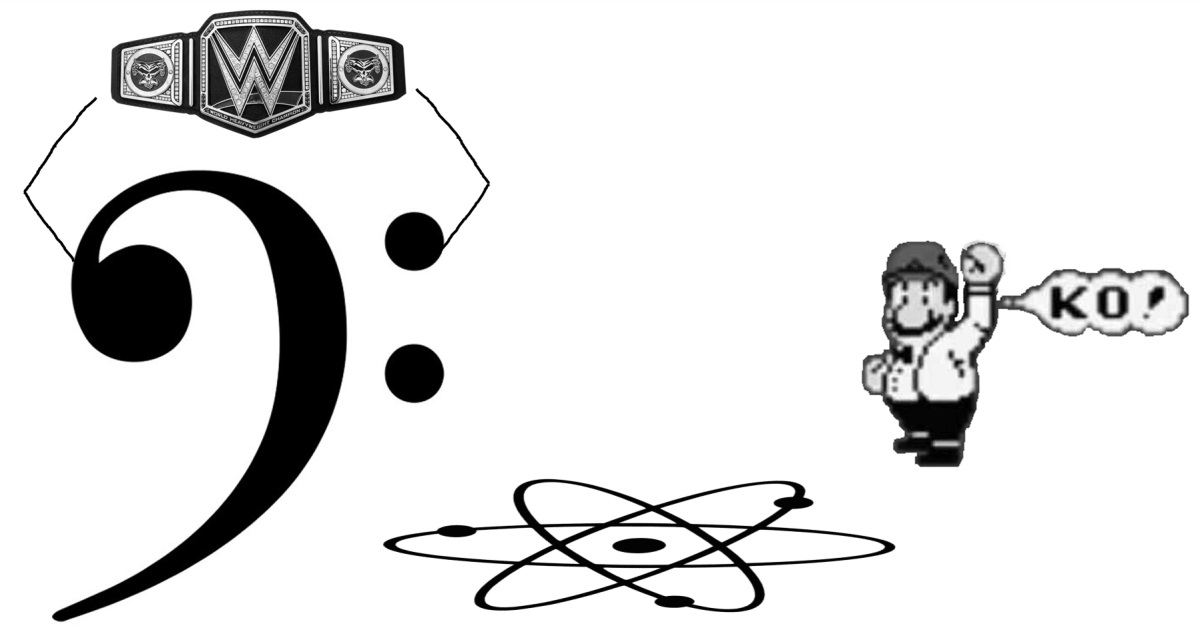 Okay, so as discussed last time, my “science vs. music” situation wasn’t really a “cagematch”…or even Mike Tyson’s Punch-Out. I did not experience my education as a zero-sum competition for my identity, with one field’s gains necessitating the other’s losses, ultimately leading to “victor” and “vanquished.” Instead, I’ve always found science and music to be overlapping and mutually reinforcing. They augment each other. They are cross-pollinating. I wrote that, for me, music and physics “are really just different directions on the same axis. We seek outward on that axis of curiosity to better understand the universe and our place in it. We seek inward on that same axis to better come to terms with our own humanity.” These curiosities need not conflict.

Also, whenever I’m asked “do you miss science?”, it’s easy to reply “no…because I’m still doing it.” Many of my pursuits make sure “that itch is getting scratched…it’s just that now I get to do it in the arena where my heart’s been living all this time.”

But that provokes a much more interesting question for me: why has my heart been living in the musical arena?

Or put another way, any tension between science and music was manifested mainly in the question of “how do I want to spend my hours?” I wrote that “Rather than one north star, you see two, and your compass needle is meandering between them.” So while I feel that my identity comprises both, there are only so many hours in the day, and I had to figure out “do I want to spend my hours on science-y stuff, or music-y stuff?” 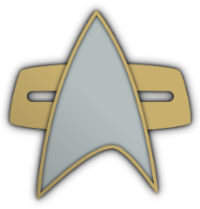 One way I tried to answer that was by employing the “Star Trek Question” (STQ): If you were a citizen of the 24th-century United Federation of Planets, how would you spend your time? Among other salient features of this future utopia — including warp travel and transporter beaming — money is no longer required because society has adopted a philosophy of self-enhancement. You don’t have to show up for a job. You don’t have to earn money. Awesome! So…that being the case, what are you going to do with yourself? How would you spend those hours? How will you pass those stardates? What would you like to get good at? What kind of process makes you happy?

Of course, back here in our deeply flawed 21st century we don’t have that luxury: rent’s gotta get paid! But at least from the standpoint of introspecting with regard to your passions, the STQ can be a helpful exercise. I imagined myself in this Roddenberry-esque 24th century, and simply asked “Which appeals to me more: showing up to Starfleet Science Academy to spend time in a lab, or showing up to Starfleet Music Academy to spend time performing for the rest of the alpha quadrant?”

This is where things inevitably get personal. My professional identity is principal timpanist of the MET Orchestra, and while I do still consider myself a scientist and engineer, there’s a big difference between a plurality of self-identities and what those look like in day-to-day granular implementation. How does the accumulated daily work make these two different lives feel? I was incredibly fortunate to have some illuminating reference points along the way. During my physics studies, I became close friends with two guys that went on to be integrally involved in two of the biggest physics discoveries of the last 50 years: the 2012 detection of the Higgs particle, and the 2016 observation of gravitational waves. It’s like winning a job in the MET Orchestra, but for all of science and humanity. Critically, I got to see how those guys worked every day in undergrad and graduate school — tenaciously, with intensity and fervor and a nearly fanatical devotion to improvement. I knew what that felt like…but not for that topic matter. I felt it instead for music. Ultimately, it came down to passion: what is it that would make you work outrageously hard, regardless of monetary compensation or accolades? I liked and enjoyed science, but I was passionate about music.

We engage in music to be human — to recognize beauty, and to be sensitive to that beauty, and to have a deeper experience of life. Waxing philosophical on the importance of art, I’ll quote Maynard Solomon from his biography of Beethoven:

If we lose our awareness of the transcendent realms of play, beauty, and brotherhood which are portrayed in the great affirmative works of our culture, if we lose the dream of the Ninth Symphony, there remains no counterpoise against the engulfing terrors of civilization, nothing to set against Auschwitz and Vietnam as a paradigm of humanity’s potentialities. Masterpieces of art are instilled with a surplus of constantly renewable energy — an energy that provides a motive force for changes in the relations between human beings — because they contain projections of human desires and goals which have not yet been achieved (which indeed may be unrealizable).

We humans have some rough years ahead; 2016 was bad, 2017 could be way worse. I personally need that counterpoise against the “engulfing terrors.”

That “surplus of constantly renewable energy” is what helps us continue probing, the motive force helping us to be better humans…and more connected to each other. Neil deGrasse Tyson, a hero of mine and all-round physics luminary, puts it like this:

The most astounding fact [about the universe and existence] is the knowledge that the atoms that comprise life on Earth — the atoms that make up the human body — are traceable to the crucibles that cooked light elements into heavy elements in their core under extreme temperatures and pressures. These stars…collapsed and then exploded, scattering their enriched guts across the galaxy — guts made of carbon, nitrogen, oxygen and all the fundamental ingredients of life itself…. So that when I look up at the night sky, I know that “yes, we are part of this universe, we are in this universe, but perhaps more important than both of those facts is that the universe is in us”…. Many people feel small because they’re small and the universe is big – but I feel big, because my atoms came from those stars. There’s a level of connectivity. That’s really what you want in life, you want to feel connected, you want to feel relevant, you want to feel like a participant in the goings on of activities and events around you. That’s precisely what we are, just by being alive.

And I would go further, saying that music — performed and experienced — intrinsically expresses the fundamental truth and feeling of that universal connectivity. I believe that art is the manifestation of humanity’s conscious decision that life is not merely worth surviving, but living.

It comes back to passion. We only have a limited number of years on this earth. Be passionate about things, and invest your life in those.